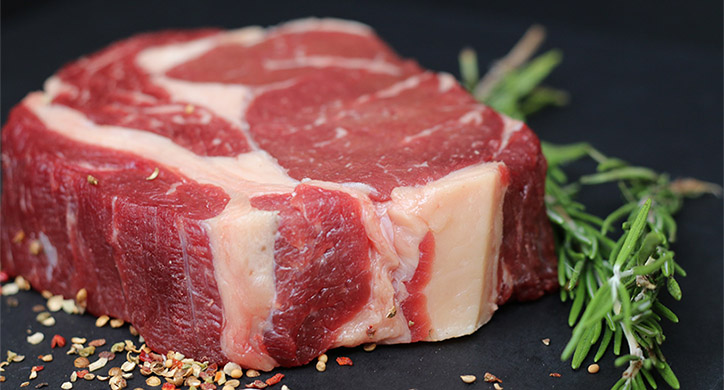 The World Health Organization released a statement asserting red meat consumption should be limited as it is considered carcinogenic. But before you ditch the steak or occasional bacon, lets take a closer look at the studies behind this statement and whether the potential risk is something to worry about…

If I eat steak or bacon, will I get cancer?

On October 26th, 2015, the International Agency for Research on Cancer— the cancer agency of the World Health Organization— gave a press release that evaluated the consumption of processed and red meat and its link to cancer. The study looked specifically at colorectal cancer and its association to stomach, prostate, and pancreatic cancer. While the IARC classified red meat as “probably carcinogenic to humans” and processed meat as “carcinogenic to humans”, it is important to note that the evidence supporting these claims is very limited.

The research reviewed over 800 individual studies and was run by twenty-two experts from ten different countries, and yet the findings released were not conclusive.

Consuming large amounts of processed meat is worth monitoring and not something to incorporate every day. So while you might not want to have 2 servings of bacon every day, you can enjoy it a few times a week without fear.

The American Cancer Society also weighed in on the issue. ACS managing director of nutrition and physical activity says, “we should be limiting red and processed meat to help reduce colon cancer risk, and possibly, the risk of other cancers. The occasional hot dog or hamburger is okay.” So, when consumed in moderation, red or processed meat does not pose a big health threat.

When considering the IARC’s classification of carcinogenic foods, you have to be aware of the serving size.

The degree to which your red or processed meat consumption will affect your health has a lot to do with the other lifestyle choices you make. Do you have a well-balanced diet, exercise regularly, and drink enough water? All of these factors influence your overall health. The protein and iron that your body receives from red meat support your cells, tissues, organs, bones, and overall immune system.

Based on the study’s findings, the World Health Organization labeled red meat as Group 2A, stating that the classification was made on “limited evidence.” The IARC clarifies, “limited evidence means that a positive association has been observed between exposure to the agent and cancer but that other explanations for the observations (technically termed chance, bias, or confounding) could not be ruled out.”

The WHO also inappropriately labeled processed meat as Group 1, the same group that contains asbestos, arsenic, and tobacco— some of the most carcinogenic dangers to humans. Is it fair and reasonable to say that your chance of getting cancer from smoking is equal to getting cancer from eating meat? Of course not. Then the WHO discredited their own argument by stating the following:

Processed meat has been classified in the same category as causes of cancer such as tobacco smoking and asbestos (IARC Group 1, carcinogenic to humans), but this does NOT mean that they are all equally dangerous. The IARC classifications describe the strength of the scientific evidence about an agent being a cause of cancer, rather than assessing the level of risk.

Don’t be worried about eating an eight-ounce filet mignon. The nutritious benefits of protein and iron outweigh the adverse health effects that overconsumption of red meat could potentially be a carcinogen. Should you eat a hot dog or bacon every single day? No, but you already knew that! Our recommendation is that you eat a well-balanced diet of vegetables, fruits, meats and whole grains.