Dirt to Dinner is excited to introduce Nyasha Mudukuti, a science communication and network associate with the Cornell Alliance for Science, where she was a 2019 Global Leadership Fellow. Nyasha is a Mastercard Foundation scholar from Michigan State University, where she majored in plant breeding, genetics and biotechnology. She is also a BSc honors graduate in biotechnology from Chinhoyi University of Technology, Zimbabwe. Nyasha served as the 2016 AGCO Africa Ambassador, advocating for agricultural reforms across the African continent.

Nyasha is a member of the Global Farmers Network, a proud Global Youth Ambassador fellow of the United Nations initiative, “A World at School”, and a 2016 Young African Leaders Initiative fellow as an emerging young leader.

Nyasha’s dream is to help her continent see the importance of biotechnology in agriculture and use it to improve the livelihoods of African smallholder farmers.

It’s 2 a.m. and I am sitting in my apartment in Ithaca, New York, trying to call home to check on my family in Zimbabwe. My sister picks up and says, “Let me call you back, I am in a queue.” “For what?” I ask. “Mealie meal,” she replies. “I need to send some to mum!”

Concerns amidst a Food Crisis

Our mother lives in a rural area, Chikombedzi, which is where I grew up, while my sister works in the city. It’s 8 a.m. her time and panic-shopping has started there, too. With the government’s announcement of a 21-day nationwide shutdown to contain the spread of COVID-19, basic commodities are now scarce. She hangs up and I try to get some sleep but I can’t. There is a level of comfort knowing that my family will be OK but there’s a restlessness in my mind as I wonder what the next 21 days will be like for the majority of Zimbabweans, who rely on the informal sector and feed from hand to mouth.

What will they eat? The government had announced a shutdown without providing a strategy of how to feed its struggling citizens in abject poverty. This shutdown exposes them to a silent threat, and the very real fear that hunger may kill them before the coronavirus does.

Thirty minutes later, I am still tossing and turning in my bed, contemplating how times have changed. It used to be that people in rural areas would send food to those in the city. But now, my sister has to send food to my mother, whose small piece of farmland has not been yielding much. I remember her recent calls complaining of how the fall armyworm had destroyed her maize. I would then try to put a smile on her face, laughing about how back in 2011 we used to handpick and squash stem-borers with our feet because we could not afford pesticides. Yet we still survived, even after losing almost half of our three hectares of maize and sorghum to the stem borer. “It will be OK, Mum,” I would try to assure her over the phone. But the truth is, it’s NOT going to be okay.

See, I grew up on a small farm in rural Zimbabwe. From it, we could feed ourselves, sell the surplus, and pay the fees that allowed us to attend school. But I took no pleasure in farming. I didn’t want to get up early, before school, to weed the fields. I didn’t like the long days in the hot sun. I didn’t want anything to do with agriculture. I wanted to be a doctor, a profession I thought of as “classier”.

However, everything changed in 2011 when I was admitted to study biotechnology as an undergraduate student at Chinhoyi University in Zimbabwe. That is where I started learning about the role of science in agriculture and its potential benefits, especially for African farmers like my mother, in developing drought-tolerant, insect-resistant herbicide-tolerant crops.

My journey began with a Facebook post. While scrolling through my timeline, I read an article about genetically modified (GM) crops in Africa and how some of my people were destroying the products. Reading the comment section, I realized there were a lot of misconceptions about GM food products. I decided to engage in the conversation, and of course, that didn’t come without a backlash! It didn’t make sense to me that the very same people earning less than US$2 per day, struggling with weeds and crop failures due to climate change, were the very first to object. Misconceptions fueled by fear can paralyze people, so I took on a mandate to raise awareness of ways we can leverage this technology to our benefit.

My first Facebook post on GM ultimately got the attention of Dr. C. Prakash from Tuskegee University, who later invited me to tell my story with the Global Farmers Network (GFN) at the World Food Prize in Iowa in 2014. During my time in Iowa, I got to see a GM cornfield for the first time.

By visiting farms in Iowa, I witnessed the tremendous potential of modern agriculture to help us overcome enormous challenges. I took those lessons and observations and ran with them to ensure African farmers are not left behind.

After returning to Zimbabwe, I continued to participate in GFN activities and wrote columns on my country’s anti-GMO attitudes. Our government recently relaxed and lifted the ban on the importation of GM products. However, the ban still stands on planting GM crops. Upon completing my undergraduate studies, I decided to advance my knowledge on biotechnology issues in agriculture.

In 2016, one of my articles was published in the Wall Street Journal, where it caught the eye of Robin Buell, a professor of plant biology at Michigan State. She connected me with the MasterCard Foundation Scholars Program, which recognizes academic achievement and a commitment to Africa. She later served as my principal investigator in her genomics lab, where I researched dry beans. This gave me a deeper understanding of the science behind GM crops and an appreciation of the amount of work scientists put into developing new varieties.

However, knowledge of genetic engineering is just not enough to ensure that those who need this technology can benefit from it. What’s the point of making a product that the end-user doesn’t fully understand? They will eventually reject it, no matter how beneficial it may be to them. This brings me to one of my biggest challenges as a scientist: how do I communicate in ways that people like my mother, without a scientific background, can understand?

Spreading the Message with Science

Today my work with the Cornell Alliance for Science involves addressing some of these issues. One of our approaches is hosting a “seeing is believing” activity, where we bring non-scientists to the lab so they experience the extraction of DNA and realize it’s not rocket science! They even participate in a hands-on, personal DNA isolation from their cheeks. Another example is bringing media professionals to GM field trials and exposing them to peer-reviewed scientific literature so they can better report on agricultural innovations.

I might not have become a doctor but nothing gives me more fulfillment than knowing that with these modern technologies, I am helping farmers feed their families and send their children to school as they farm better and smarter.

As I finally begin to drift off to sleep, I make a silent prayer thanking the farmers for risking everything so we can have food on our tables. They are the truly essential workers! For once, it seems that no one cares whether food is organic as we hoard food like there is no tomorrow. The empty shelves should help us understand how privileged we are to be able to choose. In desperate times, food is food — it all comes down to survival.

When this pandemic is over, I hope we remember how anxious we were about stockpiling sufficient food and realize that more than 815 million people go to bed hungry every night, in desperate need of food. 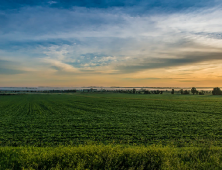 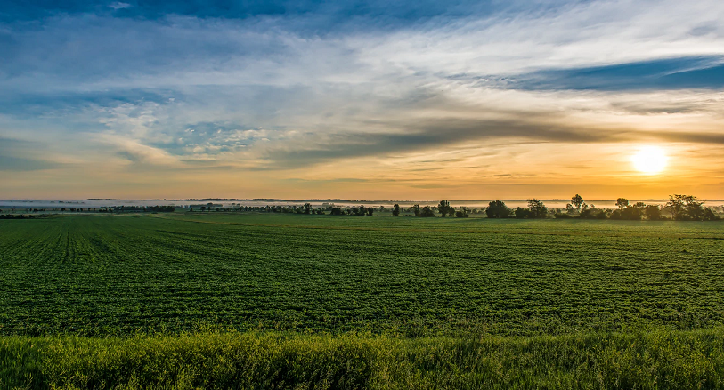 Soil Health: A Personal Chronology of a Global Paradigm Shift 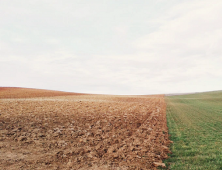