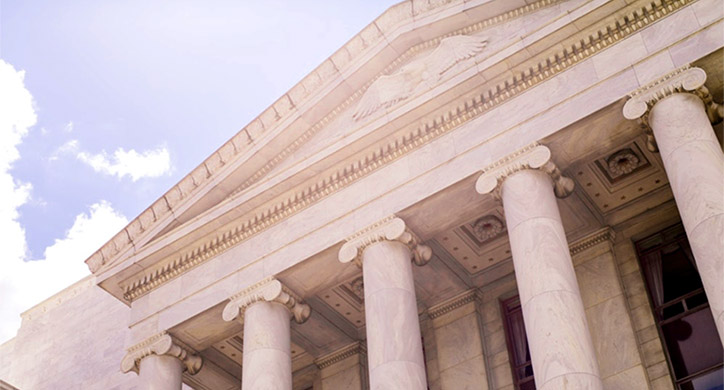 In a four-part series on sustainability, we are illustrating how farmers, NGOs, corporations, and in this article, government regulators, work together in order to facilitate and execute sustainable objectives in agriculture. We want to better understand how these partnerships affect consumers and our food supply chain.

The role of sustainability and governments is difficult to define. There is no ‘unified government’. Each town, city, state, and country has its own unique agenda, accountability to their constituents, and the concept of collaboration with other organizations.

Adding further complexity to this equation are lobbyist organizations that attempt to influence regulators from the municipal level all the way up to the country’s legislative system. As a result of these variants, governments can either help or hinder those they have vowed to protect. For example, the Great Lakes, the Mississippi River, and the Hudson River are cleaner today due to government-imposed pollution controls. The Colorado River, on the other hand, is regulated under numerous contracts, laws, and regulatory guidelines within seven different states, leading to many environmental and river flow issues.

Including the three branches of the U.S. Government, there are many variants within the legislative process. (image source: www.readworks.org)

At the end of the day, government officials have authority. They can allocate the financial resources that support farmers and their sustainability efforts. Additionally, there are many government grants that support scientific research that promotes eco-friendly and sustainable business practices. Elected officials can play a very important role within agricultural sustainability: they create, negotiate and pass the laws and regulations that protect our environment.

For example, the EPA’s renewable energy and clean energy programs are designed to help energy consumers, state policymakers, and energy providers by creating technical assistance and networks between the public and private sector across energy, water, and waste. Agstar promotes the use of biogas recovery systems to reduce methane emissions from livestock waste. The Smartway Transport Partnership is a public-private collaboration between EPA and the freight transportation industry to improve fuel efficiency.

The government can also allocate funds to sustainable projects that are already underway. In November 2015, USDA Secretary Tom Vilsack announced $314 million in funding for waste and water infrastructure improvements in rural communities in the United States. Coordinating this initiative is The EPA’s Water Infrastructure and Resiliency Finance Center.

Watch this video on how the Farmer’s Irrigation District in Oregon used these loans to improve and protect the water supply for the area’s farmers.

The authority that governing bodies possess are meant to be helpful— but, there are instances where governments overstep and implement a regulation that may negatively affect agriculture.

In Zimbabwe, for example, GMOs are illegal to grow, sell, and import. The government has argued that this policy protects the environment and makes its sellable crops more favorable for export to Europe. However, the country is still struggling to feed its growing population and poverty levels are rising. If the Zimbabwean government were to legalize GMOs, the drought facing farmers and hunger plaguing the country would finally have a feasible solution.

One solution to help Africa’s farmers produce crops and food is to let them gain access to the crop technologies that millions of others take for granted. (image: GMO Answers)

“We are not picky when it comes to receiving GMO or non-GMO food. The situation is unbearable.”
— Spiwe Mucharanji, Tariro Orphanage Trust

Closer to home, the obesity epidemic in the United States has prompted cities such as Berkeley, Philadelphia, and New York to impose a sugar tax on sugary drinks. While there are conflicting studies indicating whether this has actually curbed consumer behavior, the tax demonstrates the government’s ability to try and persuade certain behavior from consumers. Is it the government’s responsibility to influence personal decisions?

How government regulators work with corporations

“Government and business, acting together, can accomplish a great deal by utilizing each other’s strengths and compensating for each other’s weaknesses.” (Global Sustainability, Mark Lefko)

Unilever, an international consumer goods company whose brands include Dove, Lipton, and Hellman’s, “works with governments around the world to train small farmers in modern agriculture and business methods.” (Global Sustainability). The governments can act as an intermediary between farmer and corporation and provide incentives for these partnerships— i.e. tax credits for corporations and loans for farmers.

Without the help of the local government, Unilever could never accomplish as much as they do.

“We don’t have the capabilities to reach that many farmers, aggregate them, and train them in management, agricultural techniques, board management, social standards, etc. So you work with these different organizations, and as you do this, you secure your value chain, you provide the livelihoods that undoubtedly will come back to you, because obviously, we cannot prosper if these communities don’t prosper.”
-Paul Polman, CEO Unilever

In Xinjiang, China, Unilever is providing smallholder tomato farmers training. As a result, farmers in the program have seen, per hectare, yields increase by 7.5 tonnes, water use reduced by 1500m3, and pesticide spraying reduced by 150g. (image: Unilever)

How government regulators work with farmers

Government funding will provide farmers with financial grants and loans in order to promote and help expand sustainable farming efforts. In the United States, there are many innovative programs and resources provided by the USDA. If you are a first-time farm buyer, for example, the US government will help you obtain access to affordable farmland by providing a special joint-financing loan option.

Internationally, governments will facilitate partnerships between corporations and farmers to help encourage local development. In 2015, international food-production company, DSM and the World Food Program, in partnership with Africa Improved Foods Ltd. (AIF) and the Rwandan government, facilitated the construction of a $60m factory in Rwanda. In addition to the commercially sold food made at the factory, AIF also works with the Government of Rwanda to create nutrient-dense foods for impoverished communities, which are distributed by the World Food Program. (DSM)

Another example of regulators working with farmers is the Renewable Fuel Standard of 2005, which was put in place for the benefit of American farmers. Each tank of gas must contain roughly 10% corn or soy, which has been converted into fuel— this is called ethanol.

On November 30th, 2017, the Trump administration continued this mandate requiring US refineries to incorporate 19.29 billion gallons of biofuels into our gasoline supply. This is about 40% of the US corn crop and 30% of the US soybean crop. This keeps corn and soy prices higher than they normally would be, which benefits farmers— but there are significant environmental side effects. Corn and soy are grown on land that ultimately requires more irrigation for these demanding crops.

Ethanol production requirements may be good for farmers and their production of corn and soy crops but put an ecological strain on the environment. (image: US Department of Labor)

Producing one gallon of ethanol takes half a gallon more water than producing a gallon of gasoline. The issue is that most ethanol facilities are within a 100-mile range of the crops, which means that precious water sources are being tapped, including the Ogallala Aquifer.

Better to use that water to grow crops for food and not fuel.

The ecological strain it places on US farming does not outweigh the monetary benefit of higher corn and soy prices. It will be interesting to see how the US government and farmers will work together in this space moving forward.

How government regulators work with NGOs

“Under ideal circumstances, all three types of entities—businesses, governments, and NGOs—can come together to maximize the power of all three to address the problems of poverty, health, gender inequality, and disease.”

As we saw with the Government of Rwanda’s partnership between DSM, AIF and the United Nations: World Food Program, farmer, government, NGO, and corporation have successfully worked together in order promote change and sustainability.

Heifer International is another NGO that works closely with both farmers and governments to provide microfinancing to alleviate hunger. They teach environmental sustainability to their farmers and promote climate-smart agriculture and livestock production solutions. They do so by lending money to families to help them to buy agricultural products, such as a cow, chickens, or bees. This then helps the family to sell goods like milk, eggs, or honey. Heifer teaches these families how to manage their purchase and grow their livestock, thus helping families become self-sufficient rather than depending on government handouts. In order to expand its global reach, Heifer has partnered with other large-scale corporations and local government officials.

The government is legally responsible for the safety of the people, or consumers, that they were elected to represent. So, while various governing bodies might address sustainability initiatives differently, they all want to make their environment a better place for their current residents and their future inhabitants.

There are many different laws in place that can affect consumers. The United States, for example, has over 30 different laws that regulate the interaction of humans and the environment, This list includes the Clean Air and Clean Water Acts, which help to regulate and protect air and water quality.

The Clean Water and Air and Acts are celebrated across college campuses and non-profit organizations to motivate consumers to be a part of a healthy living environment. (Image sources: My Clean Water Act and The Clean Air Campaign)

Additionally, on a local level, governments will often monitor town water levels to help maintain the needs of local farmers. If the area is experiencing drought, those living in the town will be asked to stop sprinkler use, take shorter showers, and even turn off the faucet while brushing teeth. While refusing to abide by these requests won’t land you in jail, being a mindful consumer will help to protect the environment.

“Businesses, governments, and NGOs can and often do work together for their mutual benefit and for the benefit of global society as a whole”
–Global Sustainability, Mark Lefko

Government officials have the ability and authority to connect NGOs, farmers and corporations in very meaningful ways. However, governing offices can address sustainability very differently. The most sustainable economies are those that have elected officials that promote environmental stewardship while facilitating successful partnerships between corporations, farmers, and NGOs. 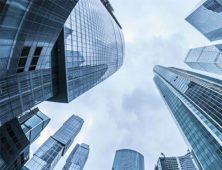 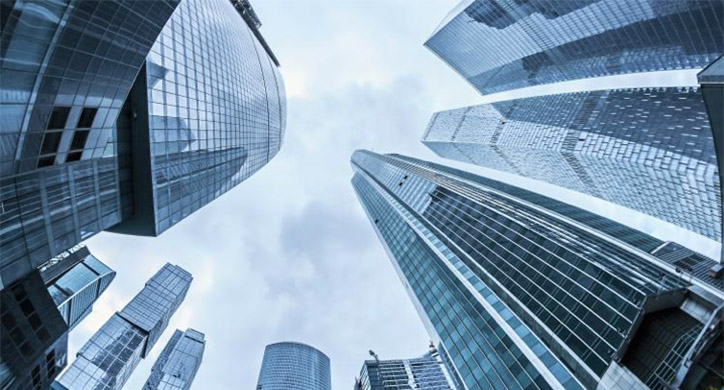 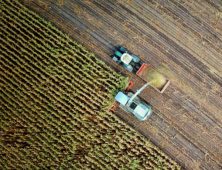 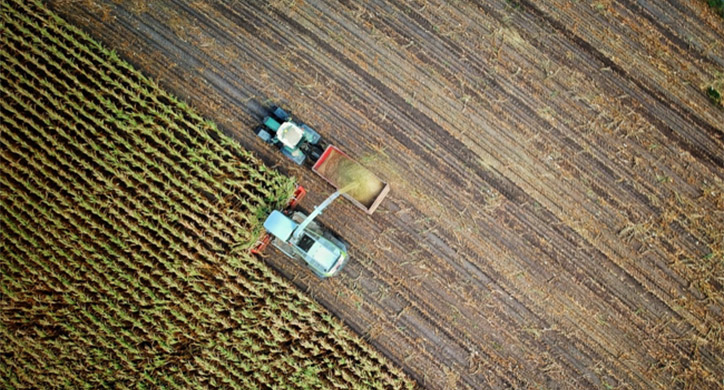 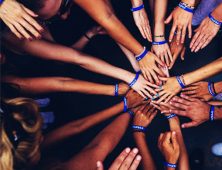 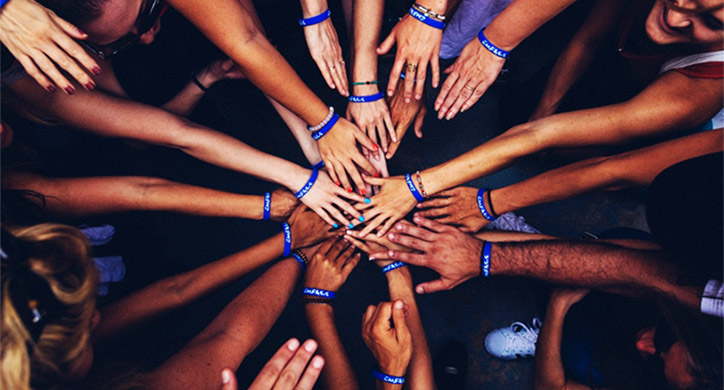