Glyphosate, or “Roundup” as it is more commonly called, is used around home gardens and agriculture, and specifically is the herbicide used on genetically modified (GM) crops. Is the product that has been deemed safe for 40 years really dangerous to our health?

While the Dirt to Dinner team has been somewhat outspoken on the undeniable global benefits of genetic engineering technology, we are admittedly concerned about our environment and the effect pesticide use has on a surrounding ecosystem. But, we asked ourselves—what is the science behind this herbicide? What is verified research telling us? And…what is glyphosate?

Glyphosate is the world’s most widely-used broad-spectrum herbicide and the primary active ingredient in the popular “Roundup Ready” brand of herbicide products. There are over 750 products containing glyphosate for sale in the U.S. It is registered in more than 130 countries and approved for weed control in more than 100 crops. Glyphosate is used in agriculture, golf course management, forestry, lawns and gardens, and even aquatic environments.

According to Dr. Kay Day, “chemically, glyphosate is a fairly simple molecule. It’s similar in structure to amino acids— the building blocks of all proteins— in that it contains a carboxylic acid group (the COOH on the far right) and an amine group (the NH in the middle). In fact, glyphosate is most similar to the smallest of all amino acids, glycine. Where it deviates, however, is the phosphonic group (PO(OH2)) on the left. This makes it an aminophosphonic analogue of glycine.” (The Chronicle Flask, 2016)

In fact, no other herbicide compares in terms of numbers of approved uses!

How does glyphosate work?

In simple terms, glyphosate prevents a plant from growing. How? It inhibits the activity of an enzyme, called EPSP, which is essential to plant growth. This particular enzyme is not found in humans or animals. Manufacturers formulate the glyphosate acid with a salt which makes the product easy to handle and mix well with other products. The formula also includes a surfactant which assists the delivery of glyphosate into the plant by attaching itself to the leaf’s waxy surface, where it is broken down and enters the plant tissue. Once inside the plant, glyphosate inhibits the activity of the EPSP enzyme, which in turn prevents the plant from manufacturing certain amino acids essential for plant growth and life.

Glyphosate absorbs quickly and tightly binds to the soil. Microbes in the soil rapidly decompose the product so little—if any— product leaches from the applied area.

What are the benefits of glyphosate?

Herbicide-tolerant crops, otherwise known as “Roundup Ready” or GMOs, were created so a farmer could spray glyphosate on the fields and not harm their crop. These crops contain a version of the enzyme that is not inhibited by glyphosate. Primarily, glyphosate is applied a couple of weeks after the crop emerges from the ground, which is a critical time when the weeds and crops are competing for water, mineral nutrients, and light, and before the crops get large enough to create a canopy to shield out the weeds themselves.

By killing all the weeds and not the crop, a farmer can make fewer herbicide passes through his crop. In addition, the farmer doesn’t have to “till” their field to rip out the weeds. This benefits the fertile topsoil and prevents it from run-off or displacement.  In wet areas, glyphosate is sometimes used as a tool for drying down crops before harvest.

How much glyphosate does the average farmer use?

Soybean and wheat farmer Brian Scott, who writes from A Farmer’s Life, farms 2,300 acres of land in northwest Indiana. In this video, he shows how much glyphosate is applied to his soybeans, which ends up being less than 2 cans of 12oz. soda for every acre of land.

Contrary to what is often reported by much of the media, farmers do not douse, drown, drench or saturate crops in chemicals. Farmers actually do what they can to minimize total herbicide use. After all, chemicals are expensive, it takes resources and time to apply them, and there are crop rotation and herbicide resistant issues to contend with.

Glyphosate is an herbicide, so it is a toxic substance. As we have mentioned in Nix the Toxins, toxicity is related to the dose or the amount you consume, inhale or rub on your skin. To examine toxicity, scientists look at something called the LD50 value. This metric is a standard measurement of acute toxicity for chemicals.

The dose makes the poison.

For example, caffeine, vitamins, and other substances are beneficial in small doses but can be harmful in large amounts. The lower the LD50 value, the more toxic the substance.

Copper sulfate, approved for use in organic farming, has an LD50 of  30mg/kg

What about the long-term effects of glyphosate?

LD50 values are not the only metric the EPA uses to evaluate toxicity. Sub-chronic and chronic effects of a chemical substance are evaluated as well.

The EPA sets maximum safe levels of pesticide residues for crops, called tolerances. The EPA also calculates the theoretical maximum, which is considered the worst case scenario exposure to pesticides from all foods and compares it to the level of daily exposure to a pesticide residue, which over a 70-year human life span is believed to have no negative effect. The highest dose or exposure level that produces no noticeable adverse effect on test animals is then divided by safety factors – typically a value of 100.

As the US Centers for Disease Control and Prevention states,

“Just because we can detect levels of an environmental chemical in a person’s blood or urine does not necessarily mean that the chemical will cause effects or disease.”

Of course, sometimes trace amounts find their way into our food system – which is the crux of alarm spreading throughout the media. But let’s look at this rationally. Recently reports have been made of residues in the parts-per-billion on many of our favorite foods. Cheerios, for example, was tested to have 1,125.3 parts per billion (translate to 1.1253 parts per million) residues of glyphosate. Parts per billion? As we have hopefully illustrated below, you would have to eat a lot of Cheerios to experience any adverse effects!

Unfortunately, companies are getting a bad reputation from anti-GMO groups that are spreading misinformation about the use of glyphosate.

The world science community has weighed in on the safety of glyphosate:

The US EPA, Health Canada, European Food Safety Authority, the German BfR, the World Health Organization all deem glyphosate to be safe for use.

“Any minimal levels of glyphosate that may remain in finished products where oats are an ingredient are significantly below regulatory limits and well within compliance of the safety standards set by the Environmental Protection Agency (EPA), the California Office of Environmental Health Hazard Assessment, Health Canada and the European Food Safety Authority (EFSA) as safe for human consumption.”

In another example, Media outlets have reported that glyphosate is now in one of our favorite sweeteners, honey! An FDA researcher tested 19 samples of honey, and in nine of those samples, found residue levels as low as 17ng/g in Brazilian honey and as high as 121 ng/g in honey from Louisiana. Now, translating that into actual consumption rates, a 125 lb person would have to consume 2,061 lbs of honey every day over the course of their lifetime to experience a poisonous reaction to glyphosate. REALLY? Is this actually cause for alarm?

Or does it help sell a story when certain household staples are vilified for their “potentially dangerous herbicide content.” Unfortunately, in today’s media whoever yells the loudest often is the most trusted.

Lastly, we leave you with the most recent statement from the EPA:

“In September 2016, the US Environmental Protection Agency issued what is considered one of the most comprehensive reviews of the pertinent studies on glyphosate ever undertaken, authored by 13 prominent independent scientists, concluding: There is not strong support for the ‘suggestive evidence of carcinogenic potential’ cancer classification descriptor based on the weight-of-evidence, which includes the fact that even small, non-statistically significant changes observed in animal carcinogenicity and epidemiological studies were contradicted by studies of equal or higher quality. The strongest support is for ‘not likely to be carcinogenic to humans’ at the doses relevant to human health risk assessment for glyphosate.”

You will not get sick by eating crops treated with glyphosate spray. Scientists replicate studies to see if they can get the same result. In the case of glyphosate, while there may be the rare outlier, there are hundreds of studies that have confirmed its overall safety profile when used as directed. 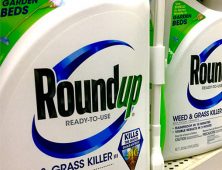 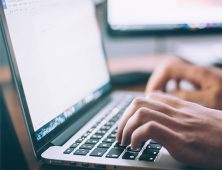