Ocean transportation offers exceptional advantages for producers and consumers everywhere – in cost, efficiency and environmental concerns. No other transportation sector does more to help U.S. farmers reach important yet distant markets, or to link all parts of the world in the web of international trade. But keeping the ships sailing smoothly across busy and sometimes troubled seas takes a lot of effort – in ways we might not always recognize.

Economists like to remind us that trade makes the world go ‘round.  If that’s true, the world must be spinning very fast indeed.

International commerce continues to grow – despite the conflict, pandemics, climate change and other challenges that make our global economic growth rates gyrate. The global Covid pandemic created a sharp but short-lived drop in commerce. But robust demand for all types of goods and aggressive exports by select Asian countries helped boost overall trade in 2021, to more than $28 trillion, according to estimates from the United Nations.

Estimates from the U.N. Conference on Trade and Development (UNCTAD) show as much as 80 percent of the volume of global trade (and 70 percent by value) moves via ocean shipping.

The Organization for Economic Co-operation and Development even pushes this estimate further to 90 percent.

Satisfying that demand is a big job – and not without its challenges and controversies.

The most immediate challenge is simply keeping up the supply of ships with the growth in commerce.  Today’s ocean-going merchant fleet numbers about 55,000 vessels, from smaller, specialized carriers carrying as little as 10,000 deadweight tons (DWT) to the giant multipurpose vessels capable of transporting 200,000 DWT or more.

The largest container ships can carry almost 24,000 TEUs (twenty-foot equivalent) containers – and the top 10 container vessels alone could accommodate an amazing 220,000 TEUs.  The Japanese vessel Ever Given, which memorably blocked the Suez Canal last year, is among that class of vessel, with a container carrying capacity of over 20,000 TEUs.

Perhaps the greatest public attention to ocean shipping has come from extensive video images of these large container ships awaiting unloading at various ports during the pandemic.  While these vessels are a critical component of the global trade in goods, they are by no means the only component, or even the most numerous.  They carry a wide range of high-value components and finished consumer products.  But they are significantly outnumbered by the smaller general cargo vessels and dry/wet bulk cargo carriers. 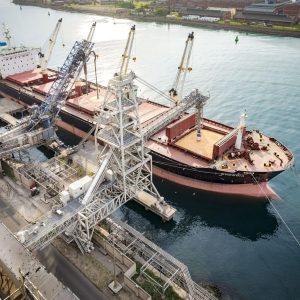 Dry bulk carriers make up the backbone of global commerce in the grains, oilseeds, coal, minerals and other high-volume commodities that form the foundation of our modern, interconnected global food, energy and manufacturing systems.

This portion of the fleet provides the steady flow of commodities from the American heartland to customers around the world.

Grain and oilseeds flow down the Mississippi River and to other critical exports points on the East and West Coasts.  The Great Lakes corridor also provides the physical connection to China and other Asian markets, Europe and destinations literally spanning the globe.

The dry bulk fleet is made up of over 12,300 vessels of more than a dozen different classes, based on capacity. These workhorse carriers can transport 912 million tons, according to estimates from the U.S. Department of Agriculture.

One historically important class of dry bulk carriers is the Panamax vessel, which was designed specifically to traverse the original small locks of the Panama Canal, speeding delivery from the U.S. Gulf and East Coast to the rapidly expanding markets in the Asia-Pacific region. Expansion of the locks has increased the size of vessels that can use the Canal today for the same purpose.

The supply of all categories of vessels changes, as boats age and are retired from service, and as the demand for larger, more efficient, more environmentally friendly ships emerges.

Estimates of the construction costs for ocean vessels vary widely, due to the myriad potential specifications for the multiple classes of vessels.  But a 2015 shipping industry study put the average cost of a container ship at $64 million, with a general if predictable observation that the larger the vessel, the larger the cost. Apart from the significant costs involved, the time required to construct these mammoth vessels can be three years from time of order to delivery.  Even so, as many as 700 vessels are on order at the beginning of 2022, which seems to reflect a broad faith in the continuing demand for ocean freight.

How does climate change come into the picture?

The critical role played by ocean shipping in maintaining international commerce and a vibrant global economy isn’t up for debate.  But that doesn’t mean the industry is immune from other, bigger concerns – including the contentious debate over how to deal with greenhouse gases and climate change.

Compared with other transportation modes – air, rail, truck and others – ocean shipping offers the lowest cost per ton of freight moved.

Environmentalists by and large acknowledge the point. Airplanes generate the largest carbon footprint, with an estimated 500 grams of carbon dioxide per metric ton of freight. For example, according to Freight That Just Works, 2 tonnes shipped for 5,000 kilometers by ocean freight will lead to 150 kg of CO2 emissions, compared to 6,605 kg of CO2 emissions by air freight. Trucks produce about 50-150 grams, trains 30-60 grams per ton of freight. Ships emit only 10 to 40 grams. (That translates into at the worst one pound of carbon for every 11 tons of ocean-borne cargo, and one pound of carbon per 45 tons at the worst.) In other words, the worst-performing transportation sector contributes at least 20-30 times the carbon dioxide of the ocean shipping industry.

The World Economic Forum recently estimated that ocean freight contributes roughly 3 percent of the carbon dioxide at the center of the global climate debate.  It sounds like a very small – almost secondary, if not insignificant – point in the climate action plan.  But far from it.

The 2021 Glasgow Climate Summit saw 19 nations endorse an aggressive plan to tax the ocean freight industry as a means of encouraging still more efforts by the industry to curtail its contributions to global warming. 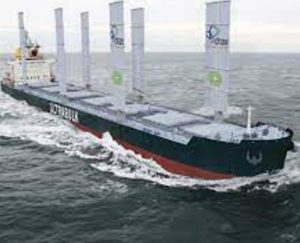 The additional costs would be imposed on traffic moving in the most popular sea lanes known as “green corridors,” especially those where traffic is expected to continue growing significantly.

Using the wind to propel large vessels is enthusiastically embraced by some charter companies to help offset engine power. The objective is to spur construction of carbon-neutral vessels and spur a 40 percent per-vessel reduction in carbon dioxide emissions by 2040. The ocean freight industry has responded positively to the idea of being an active participant in the global climate initiative.

The International Chamber of Shipping (ICS), which actively participated in the Glasgow meeting, has announced plans for a special summit of industry figures, shipowners, infrastructure and other leaders to produce “a tangible path to decarbonize the sector.”

A sea of controversy

Despite the largely upbeat tone of the post-Glasgow discussions, the ocean freight sector nonetheless faces another contentious issue – the enormous escalation in shipping costs.

Freight rates for all forms of water-borne transportation have been on a roller-coaster for some time.  But the supply-chain disruptions created by the global pandemic exacerbated upward prices pressures – and with the higher rates, loud and aggressive charges of unfair pricing if not outright price gouging.

Freight rates have indeed been under upward pressure, even before the emergence of Covid.  Economists point to the mid-2000s as a critical point in the pricing dynamic, as China began to expand its global economic reach through a steady increase in import demand.  The Beijing Olympics were one important driving force in the overall price increase, as was the rising trade focus across the Asia Pacific region.

The pandemic piled on this growing challenge to the global supply chain, with immediate and highly visible increases in shipping costs.  Rates for a bulk grain shipment from the U.S. Gulf to Japan in February 2016 stood at $22.56 per ton.  By May 2020, as the pandemic began to gain steam, the same rates had increased to $34.31.  By October of last year, as the U.S. harvest gained momentum, the rate had climbed to $87.38 – roughly four times the rate less than six years before.  Rates for shipment from ports in the Pacific Northwest showed similar increases.

Behind the rising demand for ocean freight

The challenges to international commerce have been offset in substantial ways by the emergence of China and other Asia Pacific nations as major players in international trade, as both exporters and importers of all sorts of commodities, components and finished consumer products.

Global trade volume via ocean exceeds 80 percent, and 60 percent of that passes through Asia. The South China Sea alone carries as much as one-third of global shipping. An estimated $5.3 trillion worth of goods travel the South China Sea each year – as much as $1.2 trillion of that amount being trade with the United States.

China, Taiwan, Japan, South Korea and other Asian nations often have shown more rapid economic growth and better trade balances than the United States and most other western nations.

Legislation to reform federal shipping regulations has passed in both houses of Congress.  The bill’s consumer-oriented proponents emphasize the need to invest more money in clearing up port bottlenecks.  The largest bottlenecks are off the coast of California where 40% percent of U.S. imports arrive. Long Beach and Los Angeles ports are listed as the worst of all global ports, at less than 8 percent.

Agriculture interests agree with the need to improve port performance, with American Farm Bureau Federation President Zippy Duval citing shipment delays affecting more than one-fifth of all agricultural foreign sales, costing U.S. farmers as much as $4 billion.  A conference between the two houses is needed before a final bill can go to the White House for signature.

Ocean shipping plays an absolutely critical role in global commerce, offering significant economic and environmental advantages over other transportation modes.  But maintaining that role requires work – in maintaining a modern efficient fleet of larger and often increasingly specialized vessels, with even greater attention to the environmental concerns that come with increased global commerce and economic growth. Just as important, it will involve some deeper attention to how the industry is regulated to avoid the logistical problems still present in the worldwide supply chain – and the way the costs of maintaining the sector are passed along to shippers and consumers. 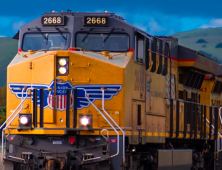 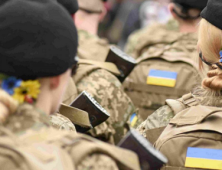 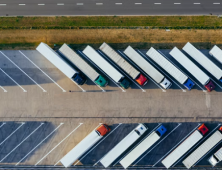 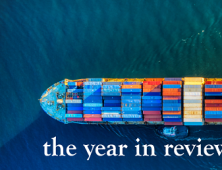