Summer is almost here! Soon farmers’ markets will be bustling as consumers flock to buy fruits, vegetables, cheeses, and meats from local farmers. While we at D2D enjoy shopping at farmer’s market, we had to ask ourselves: what food safety regulations apply to these foods? Is it the same as or different than the foods we buy at the grocery store?

Who doesn’t enjoy visiting a farmers’ market and buying recently harvested fruits, veggies, jams, honey, and meats from local farms? Many times you can shake the farmer’s hand, ask questions about how they grow their food, and discuss what crops to expect this summer. This sentiment is enjoyed by many and as a result, U.S. farmers’ markets have become increasingly popular.

As we wrote in our previous post, “Going…going…local”, more and more Americans are seeking out locally sourced food. In fact, since 1994, there has been a 394% increase in U.S. farmers markets with a total of over 8,675 markets registered as of September 2016.

Consumers love these seasonal markets – and so do our farmers. By selling at farmers’ markets, farmers can get a better profit margin on their goods as they bypass their traditional vendor (like your local grocery store who takes a cut of their profits) to sell their freshly harvested produce and other products directly to consumers. An additional benefit of these direct-to-consumer venues is when consumers gain a better understanding of where their food comes from, and farmers can meet the people that are purchasing and enjoying the fruits of their labor.

But what about food safety? As consumers, how do you know that these farmers have followed best food safety practices in the growing, harvesting, and processing of their harvests?

It is safe to say that no farmer will deliberately grow and harvest food he/she knows is contaminated with human pathogens (i.e., microorganisms that can make people sick). However, some farmers are more aware than others of the risk factors from water, soil, humans, wildlife, domestic animals, etc., that could contaminate produce crops.

You can read more about in-field food safety programs in our previous blog post, “How Safe Is Our Food?”

Is it possible to buy locally AND buy safely?

The consumer perception is that because it is local – it is safer. When researchers ask farmers’ market shoppers about food safety, they often report that many consumers believe food sold at the market is safe.

The most frequent response for shoppers surveyed at Washington farmers’ market was a desire to support local farmers (35%). Researchers at the University of Arkansas asked 305 shoppers at three Arkansas farmers’ markets their reasons for shopping at the market: 36% said they shopped at the market primarily because they were concerned about chemicals in their food while only 2-6% were concerned about microbial contamination. Additionally, when asked to compare the safety of organic to conventionally grown products, the vast majority of the respondents (76%) said they believed organic foods are safer than conventionally produced foods.

In a larger consumer survey produced by Deloitte in 2013, shoppers cited the commitment to safety and locally-sourced products ranked first and third (69% and 48%, respectively) as reasons for shopping at a particular local market.

This made us wonder if farmers’ markets can deliver on both the expectation of safe products and locally-sourced foods.

How safe is the product you just bought from the local farmers’ market?

The primary food safety concerns are foodborne pathogenic bacteria, such as Listeria, Salmonella, pathogenic E. coli as well as Norovirus that, at the least, cause gastrointestinal symptoms but, in some cases, can also cause other more serious health effects.

A farmer’s level of food safety awareness certainly affects the steps he/she takes to prevent contamination from occurring i.e., implementing food safety practices and procedures to reduce the contamination risk. In some cases, such as with wildlife or birds moving through or over a field, it is impossible to prevent potential contamination sources from contacting crops. So, in this case, farmers monitor these potential sources to minimize the possibility of pathogens being transferred to their crops. For example, one method they may use is to look for feces on produce or the surrounding soil during harvest and not harvest crops that are within a specified radius of the fecal material.

In researching this topic, we found several studies that tested specific produce from both farmers’ markets and grocery stores for bacteria that can serve as indicators of pathogens that could cause illness. The study results indicated that produce from farmers’ markets typically had significantly more bacterial counts in general than produce from grocery stores, but this is not necessarily bad since many bacteria are not harmful to humans and may even be beneficial for maintaining product quality and human health when consumed.

It depends, but most farmers selling their products at farmers’ markets qualify for some exemptions to the level of food safety regulations practiced by larger producers.

According to the Food Safety Modernization Act (FSMA) passed by U.S. Congress and signed into law by President Obama in 2011, food safety requirements depend on a farm’s income.

The bulk of farmers who sell their products at farmers’ markets qualify for one of these exemptions. FSMA requires farms grossing more than $500,000 annually to follow all applicable regulations and to undergo food safety inspections.

What do experts say about food safety and small producers?

Industry leaders have weighed in…

At the end of the day, we want our food to be safe regardless of where it comes from. However, there seem to be differences of opinion on whether small producers need to follow the same rules as large producers.

“There is no scientific evidence to support reduced requirements or exemptions for small farms due to lower food safety risks.”  — David Plunkett, Center for Science in Public Interest.

“Scientific evidence is not conclusive either way regarding the safety of local food. We don’t really know if larger operations are safer than smaller operations. Right now we can’t say farmers markets are riskier or safer.” — Dr. Francisco Diez-Gonzales, University of Minnesota

“Collectively, this data indicates small farms would be spending about 60% of their profits complying with the new FSMA rules if they were not exempt.”  — National Farmers Market Coalition

Those in favor of small farm exemptions and reduced requirements emphasize the cost of complying with FSMA’s rules, as it could put many small farms out of business. However, both sides agree that food safety at the small farm level needs to be a priority for the health and safety of our communities throughout the United States.

Critics of reduced requirements and exemptions warn small farmers and consumers: pathogens do not discriminate between small and large farms and local does not mean microbiologically safer.

Farmer’s markets make their own policies

In her job as liaison between the King County/Seattle (WA) Public Health Department and farmers’ markets, Jill Trohimovich, an environmental health specialist, told Food Safety News her department does “a quick walk-by” when inspecting farmers’ markets. Public health officials from other states have made similar statements about their inspections of farmers’ markets. Dave Stockdale, a past executive director of the nonprofit Center for Urban Education about Sustainable Agriculture, describes market managers as having “a general understanding” of agriculture and food safety guidelines, but no specific training.

Stacy Miller, a former executive director of the Farmers Market Coalition, explained how the process of vetting potential farmers’ market vendors differs from one market to the next. One market may require potential vendors to fill out an application, present proof of insurance, and have an onsite inspection while others may only require proof of insurance.

An example of a more rigorous set of requirements is the Ferry Plaza Farmers’ Market in San Francisco, California. Due to limited space and enormous popularity with shoppers, this San Franciscan market requires farmers who want to sell their products to complete a 17-page application and pass an on-farm food safety and sustainability inspection by market managers.

On the contrary, vendors who wish to join the Phoenix (AZ) Public Market run by Community Food Connections, complete a one-page application before being allowed to sell their products. Cindy Gentry, the Community Food Connections’ founder and former executive, said that someone from the organization tries to visit each farm, but sometimes that does not happen until after the farmers have already started selling their products at the market.

Have there ever been foodborne illness outbreaks linked to food sold at farmers’ markets?

Since 2008, there have been seven major foodborne illness outbreaks and two recalls associated with food products from farmers’ markets causing 80 known reported illnesses and one death. Additionally, while some foodborne illnesses have been reported from farmer’s markets, it is hard to discern all of them. Hospitals, doctors, and the CDC share as much information as they can, but consumers often do not report a sickness— and when they do it can easily be mistaken for a “stomach bug.”

What are farmers’ markets doing to improve food safety?

Small farmers realize that food safety is crucial for business and protecting consumers. Amy Annable, manager of sprout operations at Edrich Farms in Randallstown, MD, knows that if anyone gets sick from her sprouts it would ruin her livelihood. A foodborne illness outbreak is her “worst nightmare”—sprouts are known for being susceptible to microorganisms that cause food-borne illnesses.

So, Edrich Farms established its own food safety plan, and Amy spends extra time during the week on paperwork and testing to ensure their sprouts are safe. Many other small farmers are also starting their own food safety programs and implementing practices to keep produce safe.

Many food safety specialists in the USDA’s cooperative extension system work closely with their state’s farmers’ markets to provide food safety information to their market vendors. These programs provide workshops and online materials for both farmers and market managers.

When shopping at your local farmers’ market, it is valuable to proactively ask the right questions and follow certain practices to reduce your risk of getting sick from foodborne pathogens. One researcher who investigated the correlation between foodborne illness and farmers’ markets suggested that the data may indicate that people “erroneously believe that food bought at farmers’ markets needn’t be washed because it is ‘natural’.” It is always a good idea to follow certain food safety practice when preparing and consuming food in your home. Here are some recommendations provided by SafeFruitsandVeggies.com and Eat Right, Academy of Nutrition and Dietetics.

There is inconclusive evidence that products sold at farmers’ markets are in any way safer than those bought at a grocery store. On a federal and local level, many farmers selling at farmers’ markets are not regulated under FSMA. Market managers are typically in charge of food safety at the market, and the food safety policies related to both market and in-field practices vary from market to market. Nevertheless, even without federal regulation, many small-scale farmers are implementing their own food safety programs to keep their businesses thriving and communities safe. 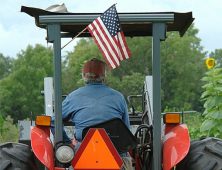 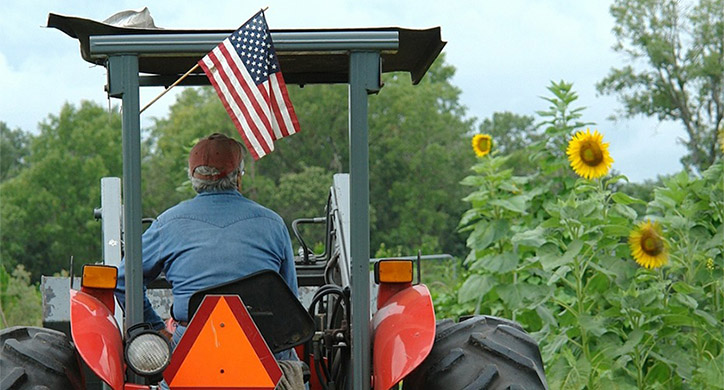