The Labor Shortage: Lack of Workers or Lack of Willing Workers?

Labor shortages plague virtually every sector of our economy – some worse than others, but enough to damage the supply chains that keep our stores and shelves stocked with food and other essential goods. The number of available jobs is growing. So why are people reluctant to apply for them? How is the so-called labor shortage affecting our food and agriculture system? And what does it all mean for food consumers? (Hint: keep an eye on your wallet.)

Just how significant is the labor shortage?

Perhaps there is a better way of asking the question. Why do so many job openings go unfilled?

The number of people in the labor pool has increased steadily over recent decades, from 128 million in 1992 to an estimated 163.5 million in 2022. The Bureau of Labor Statistics (BLS) projects a resurgence in job growth in the next few years – as many as 12 million new jobs by 2030. Job growth is expected to be especially strong in the travel and leisure industry as it recovers from Covid. Health care and personal care services also are expected to expand as the population continues to age. But 11 million jobs go unfilled, according to the Bureau of Labor Statistics.

Why are there so many open positions? Part of the explanation involves a change in thinking about work. While the labor pool has grown, the proportion of the labor pool that actively seeks employment has steadily declined from a high of 67 percent to a projected 62 percent in 2022.

Many factors have contributed to the slow decline in participation rates – an aging population, changes in job and career attitudes, economic ups and downs, and of course, the profound chilling effect of the Covid-19 pandemic. Business and organizational shutdowns and reduced workloads helped drive global unemployment to the equivalent of 225 million jobs, according to the U.N. International Labor Organization. In the United States, the figure hit an estimated 20 million in 2020.

By the end of this decade, the entire “baby boomer” generation will be at least 65 years old. This factor, coupled with the pandemic, rapidly accelerated a trend already underway toward a workforce less committed to the old model of job-seeking. Generous government subsidies created incentives to simply stay home. Lingering fears of threats from the Delta strain of Covid fostered a risk-averse stay-at-home mindset. Child-care and other family needs made a return to work difficult, if not impractical for many. Some people simply discovered that the old shoulder-to-the-wheel mentality of finding and keeping a job just wasn’t appealing or even necessary anymore.

Lifestyle becomes just as important – maybe more important to some – as finding a job or building an old-model career. The phrase ‘work-life balance’ has taken on a whole new dimension in the post-pandemic world – more like “life-work balance.”

The result has been a significant shift in the employer-employee dynamic – a brave new world in which the worker has a more powerful, sometimes dominant position in the process of job seeking. As one California dairy farmer told Dirt To Dinner, “I no longer interview job applicants. They interview me.”

What does a new labor picture mean for our food and agriculture system?

The short answer: almost everything. The lack of willing workers cuts across every segment of our food chain, from the producer at one end to the consumer at the other and every step in between. For many, it’s a serious problem, far more than an annoyance.

The most obvious consequence is a threat to day-to-day operations. The Department of Agriculture tells us we have about 2 million full-time farm workers in the United States. But that’s not the total farm labor picture. Every year, farmers and ranchers hire between 1.4 million and 2.1 million laborers – the field workers, cow milkers, harvesters, and others critical to modern farming or ranching.

The work isn’t a nine-to-five, air-conditioned, free cappuccino, fully automated walk in the office park. It’s hard work, much of it outdoors in the elements, with physical and mental demands few outsiders recognize or appreciate. Dairy cows and other farm animals demand regular attention, often 24/7, without fail. To further complicate the picture, many states are tightening the overtime standards that govern hired labor.

Farmers and ranchers know all too well that work on the farm goes on all day, every day. Limits on the number of overtime hours translate into the need for additional positions, which only magnifies the challenge of finding willing and able people to fill the slots. And today, that’s where the lack of job applicants is hitting agricultural producers most.

“I used to have a mailbox full of a half-dozen job applications every week,” one California dairy farmer noted. “Now I get maybe one or two a month.”

Other farmers across the country paint a remarkably similar picture. “When I do get an applicant, I wind up answering most of the questions”, another observes. Those questions are not just about the job duties but also the benefits and perks and the flexibility they will have when they work.

“More and more, I extend an offer and hold my breath to see if the person shows up,” another comments. “Usually they don’t. They use my offer to negotiate something better down the road…. And if I do make a hire, I worry that they will take a lunch break and just won’t come back.”

So What Is to Be Done?

Dealing with the problem requires both short-term practicality and a long-term perspective. It means working longer hours and often asking family members to pitch in even more than usual. It means using recruitment services to seek out prospective employees – often outside the United States. Automation and robotics show promise as one part of the solution to the labor problem, but technology doesn’t yet address some tasks, and they are often an expense that just seems an awful lot to absorb right now.

But the problem does seem to boil down to greater expense, and a real threat of lost productivity, eating away at already thin profit margins. It means spending more money, not just on labor but other services, like trucking and delivery, that also may be experiencing the same kind of labor problems. It means doing what has to be done and spending what has to be spent to get by day-to-day, even if that means investment capital assets like better equipment and technology have to wait.

U.S farmers continue to support immigration reform that will speed and simplify the process of obtaining work visas for non-U.S. citizens. Legislation on the matter remains pending in the U.S. Congress.

How is the rest of the food chain affected?

The shortage of job applicants extended far beyond the farm gate. The suppliers and service companies that provide feeds, seeds, fertilizers, and other necessary goods also report similar difficulties attracting the needed employees. They also have to bid up wages and benefits – adding to the costs paid by their farm customers, food manufacturers, warehousers, distributors, retailers, and restaurants.

Each of those segments faces the same set of challenges – simply not enough people to do the basic tasks. Meat processors report shortages of line workers that have on occasion forced process slowdowns or actual shutdowns. Distribution centers point to a lack of loading equipment operators. Restaurants don’t have enough cooks, counter staff, wait- and kitchen staff. Every segment of the chain seeks to find new efficiencies and cost-cutting innovations to alleviate the problem. But the problem persists.

Farmers and ranchers report seeing the effects of the lack of workers in a variety of places – but several show up over and over again, beyond the farm gate and the day-labor issue.

Our supply systems for food and other essential goods remain fundamentally sound, despite the clamor over so-called “labor shortages.”  Attracting willing workers – not a shortage of workers -- will be the larger challenge. Fixing that problem will take some time, and it won’t come without a cost. Expect that cost to pass through to consumers, at least in part. Anyone who thinks the solution to the “labor shortage” is simply higher wages better be ready to back that belief up with cash, a debit card, or a checkbook. 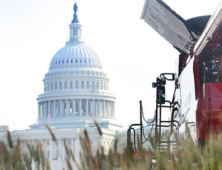 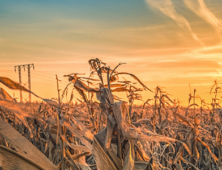 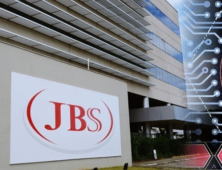