Dirt to Dinner is pleased to have Carter Williams contribute his knowledge and expertise to our site. Carter Williams is CEO and Managing Partner of iSelect Funds, an early-stage venture firm investing in companies addressing critical global issues. Carter has spent his entire career working on innovation as an engineer at McDonnell Douglas, then at Boeing managing R&D and starting Boeing Ventures. After Boeing, he was President of Gridlogix, which was later bought by Johnson Controls.

Prior to leading iSelect, Carter served as Senior Managing Director at Progress Partners, an energy and technology investment banking firm, and was a Managing Partner at Open Innovation Ventures and a Director at Clayton Capital Partners. Carter is the past President and Founder of the MIT Corporate Venturing Consortium and Co-founder of the MIT Entrepreneurship Society. He has an M.B.A. from the MIT Sloan School and a B.S. in Mechanical Engineering from Rensselaer Polytechnic Institute.

Crusonia Forum Brings Together the Changemakers Driving the Future of Food

“We are here to showcase a new wave of companies that are effectively applying technology to improve, disrupt, and transform agriculture, food and health for the better. We have no idea if a future Amazon is in our midst today, but looking back on it we really had no idea that Amazon would be what it has become.

“In 1996, we just stuck to our belief that the effective, focused and thoughtful application of technology was going to lead to something very big, something very important, and most importantly something better. And we were right.”

From the roof of Brooklyn Grange, one of the largest rooftop farming companies in the U.S. with 135,000 square feet of cultivated rooftop space across New York City, Noglows and the iSelect team spent the day discussing food innovations, changing consumer demands, new agtech products and more, with presentations from 15 companies working on solutions in each of these areas and more.

This is all happening because, in the U.S., the cost of treating food-related diseases has begun to exceed the cost of the food itself. We spend about $1.6 trillion a year in the United States on food. We spend between $500 billion and $1 trillion on nutrition-related health care. We’re eating ourselves to death and then trying to medicate ourselves out of it, and it’s not working. Diet-related diseases like diabetes, obesity, heart disease and more are among the leading causes of death every year with no signs of slowing down.

The challenge for innovators is solving these two problems — unhealthy eating and expensive healthcare — at once.

The good news is that consumers are clearly ready for change: 39% are actively trying to incorporate more plant-based food into their diet and 67% are open to changing their eating habits that adversely impact the environment. But transforming the global food system for the better can only be accomplished through increased innovation, education and investment.

As iSelect CEO Carter Williams explained: “The world’s population is going to reach 9.8 billion by 2050, and that’s happening because people are living longer. We’re also seeing billions more people moving into the global middle class, and when that happens they want to eat differently. They want to be healthier. They don’t want to eat carbohydrates all the time any longer, they want protein. But protein production is not terribly efficient — two and a half pounds of protein needs to go into the pig to give you a pound of pig to eat.”

That’s just the beginning of the inefficiencies of today’s food system. Based on healthcare spending for diet-related diseases, buying a hamburger today for $1.70 could turn into a lifetime cost of $1.90 for the impacts of that burger over time. The disconnect there shows up in the debate around “fixing” healthcare.

Rather than simply changing how we pay for healthcare or how much those services cost, the way to fix healthcare is to fix the food we eat.

That will reduce the need for expensive healthcare down the road and create a $3.6 trillion market that is going to be transformed over the next 20 years, as today’s small startups grow into the leaders of a new food system.

Here are some highlights from the forum, as well as the presenting companies offering solutions in the space:

The Next Investment Arbitrage: Food Is Health

Carter Williams: “We have two food systems in the United States today. The first was the very practical system established after World War II. The goal in those days was global stability and feeding a growing population by producing vast amounts of food cheaply, largely based on corn and soy. The second system is more focused on fresh, nutritious foods but access is limited because it costs so much to produce those products today.

“The notion of the future food system is one that is high yield, tasty and nutritious — so that people will want to eat it — but it has to be able to scale. So the question is: how do you get the price down? Innovation is a fundamental, deflationary force that will drive down those costs and create a system that is better and cheaper, more protein-dense with fewer carbohydrates.”

How Did We Get Here? Food System Evolution

Nancy Roman, President and CEO, Partnership for a Healthier America: “We are in the midst of a dynamic, societal revolution in food that will no doubt bring changes to American life as big as the cotton gin and the steam engine. But, as with every transformation in human history, along with new possibilities come consequences, some intended and some unintended.

“We are aware of the incredible power of food to build or destroy our health. I know that those of you who are together today are coming at this from different angles. Some of you lead food companies, others are investors, but all of us are thinking about the future. I challenge you, wherever you sit, to not go into this next decade of change without asking what you can do to keep the connection between food and health front and center.”

“As we innovate in and around agriculture, as we learned painfully the last time around, it is also very difficult to come back and correct the unintended consequences later.

So let’s be intentional now, and don’t hesitate to reach out if you have an idea of how we can drive food equity in this country further faster.”

Food is Health: What’s Your Fix?

Robert H. Lustig, M.D., M.S.L., Professor emeritus of Pediatrics, Division of Endocrinology at the University of California, San Francisco: “You probably know that Dannon and Unilever underwent a sugar reduction exercise in the last year and they both touted their success at removing 14% of the added sugar from their portfolio. Well, I’m working with an international food conglomerate called KDD, Kuwaiti Danish Dairy, and they sell sugar in various forms. They sell it in yogurt. They sell it in ice cream. They sell it in juice. They sell it in tomato sauce. As part of my work with them, we have convened a scientific panel and we have determined that we are going to be able to get 78% of the added sugar out of their products by next year.

“We’ll be able to actually put data science to work to completely not just to re-engineer, but re-imagine entire food companies. You cannot solve a problem if you don’t know what the problem is.”

Investing in Food Is Health: The View from Wall Street

Brian Holland, Managing Director & Senior Analyst, Cowen: “I think education is the biggest key. An example that comes to mind as far as a segment that has differentiated itself is plant-based beverages because there’s a need state there. Upwards of 80% of consumers in Asia, for instance, are lactose intolerant. So there’s a need state that exists. There’s a value proposition. And that’s ahead of plant-based meat from a merchandising and quality standpoint. Certainly, the plant-based meat space has made tremendous strides to improve the quality in the past decade, but plant-based beverages have been a little bit ahead of that.

“And then again, it goes back to size and scale. Until we get to a point of mainstreaming we can’t think about the consumer treating these products differently or consuming them differently.

“Right now we can define the baskets of alternative products around which everyone’s competing, but ultimately we need to see how the consumers behave once they are better educated about these products.“

“Right now I know these products are cleaner. I know they’re more sustainable. I’m making a decision based off of that myself. When we start to see that happen more broadly is when consumers will start to look at these products as being different from the incumbents.”

Learn more about Crusonia Forum and register for future events at CrusoniaForum.com. 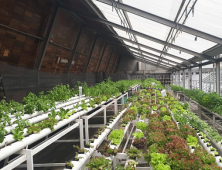 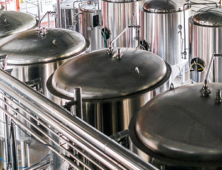