This past fall, the entire world watched Chinese president Xi Jinping nominate himself for an unprecedented third term. We all clearly saw his ambition to reshape global world order with China’s Communist vision and replace the U.S. as the universal economic and military leader. But China doesn’t have enough land to grow all the food it needs to feed 1.4 billion people and must rely on capitalist and democratic nations for help. The United States plays a critical role in China’s plan for food security, and in more ways than we might realize.

Xi and the Chinese Communist Party (CCP) want China to have food independence. But they can’t. Each day, China must feed 20% of the global population on a land mass slightly smaller than the U.S. As a result, China has become the largest agricultural importer in the world. Overall, they import 12% of the global food trade and only export 5%. They are consumers of 27% of the world’s meat, 45% of global soybeans, and 18% of global corn.

What is the CCP importing?

China relies on other countries to supply them with items such as beer, tree nuts, wine, fresh fruits, dairy, and meat.

And let’s not forget corn and soybeans to feed their own pork and poultry.

China’s population has peaked out at 1.4 billion people today, but even with an expected pop decline, that’s still a lot of people. Yet those who live in rural areas are still moving to cities. As their diets become more sophisticated, it is projected by 2025 that each Chinese citizen will consume 20% more meat at 116 pounds from just 99 pounds per year today. (This is compared to the U.S. at 225 per person.)

More meat on China’s table means more hogs and chickens, and a three-fold increase in milk consumption means more dairy cows – all waiting to be fed with more soybeans and corn.

On top of that, Chinese consumers are increasing their use of soybean oil for cooking. Put the pieces together and the enormity of the challenge facing China because readily apparent: China’s hopes for food security rest substantially on the need for help outside its borders.

Aside from food security, Xi is having a tough time. Just to mention a few things…

While we can’t read Xi’s mind, we can look at some of China’s decisions that give us insights into their strategy for food security.

Food security concerns were confirmed in March 2022 during the Five-Year Plan (2021-2025) presentation at the 13th National Committee of the Chinese People’s Political Consultative Conference (CPPCC).

Here, Xi stressed that eating matters most, and food is the most basic necessity of the people.

Their Five-Year Plan may sound reasonable – but in reality, it is fraught with insurmountable challenges.

Their strategic plan called for annual grain production such as corn, rice, and wheat of no less than 650 million metric tonnes and meat production of 89 million tonnes. Meeting the production goals of this lofty plan demands a 102% increase in domestic grains. They are achieving their meat goals at 88 million metric tons, but how will they produce the volume of grain-based animal feed necessary to maintain that production level for meat?

Over the last few years, China has increasingly relied on imports of agricultural goods to meet these demands. In fact, they bought $33 billion of ag imports from the U.S. in 2021 – a 33% increase from 2020 – making China its top purchaser.

And China’s dependence doesn’t stop there. Brazil continues to be its top ag supplier with 22% market share in 2021. The U.S. is close behind with 18%, followed by the European Union with $24.4B in ag imports.

A future without food shortages requires an improvement in the quality and farmland and an increase in crop yields. The CCP is upgrading 16.5 million acres to withstand droughts and floods to produce higher yields through technology, irrigation, and pollution control.

But is their arable land fixable? China’s limited environmental regulations combined with an aggressive move to middle-class urbanization has polluted both the soil and water, creating major strains on-farm resources. Not to mention toxic human waste, agricultural and industrial chemicals can be found everywhere in the soil. The story is grim.

About 80% of food grown in China is produced by 250 million smallholder farmers, many of whom work very hard, albeit with limited machinery. So they struggle to grow their crops on a large scale like the U.S. and Brazil, as their yields are only 60% of full capacity.

An academician of the Chinese Academy of Engineering said, “In terms of typical agricultural machinery such as tractors and harvesters, there is a gap of more than 30 years between us and foreign countries.”

To ensure these farmers can make a living and prevent them from poverty the CPP provides higher prices for food grown at home than that imported. To help their farmers, and to mitigate climate change, there is a minimum purchase price for wheat and rice. Overall, the price support was 14.8% of gross farm receipts.

“Water, water everywhere, and nary a drop to drink.” 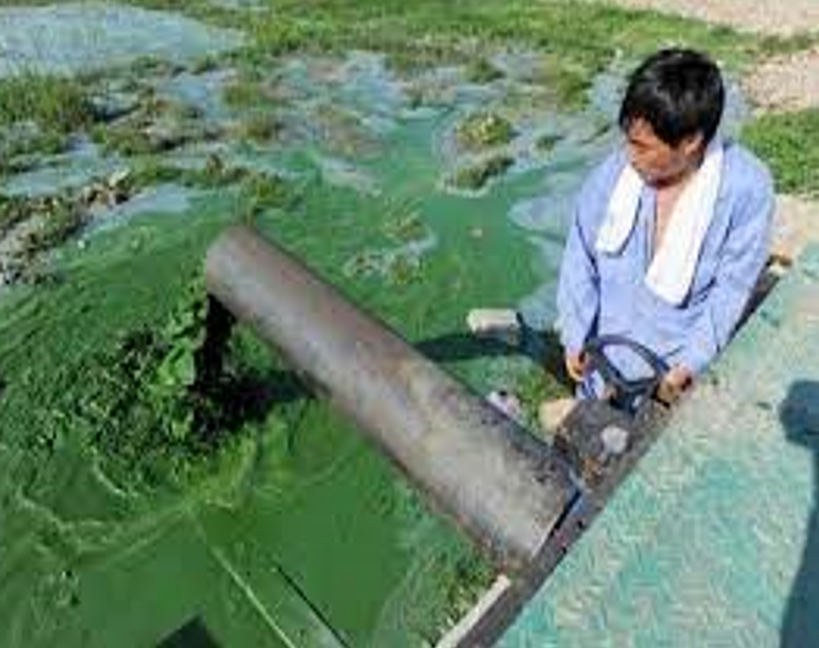 Their arable land is not pristine. China has 20% of the global population but only possesses 6% of the world’s groundwater. About 40% of China’s agricultural land is polluted with unsafe water. Almost all of China’s lakes and rivers are also polluted and the wild-caught fish is not really edible. Their farmed fish isn’t so great either.

The Ministry of Water Resources tested 2,103 wells in three different watersheds and found that 80% of the groundwater is polluted with toxic metals and other contaminants. Another research study by Tsinghua University found that at least 100 million Chinese drink unsafe water with high concentrations of toxic chemicals which take centuries to degrade and cannot be easily detoxified by the human body.

Extreme weather in the form of floods and heat has also affected their food production. It has damaged at least 14 million acres of crops, ruined roads, and displaced millions of people.

GMOs will help. A little worm called the Fall Armyworm also arrived in China devastating about 2.7 million acres of crops in 26 provinces and regions. It attacked mostly corn but also wheat, ginger, sugarcane, and sorghum. While the worm started in the America’s, U.S. farmers are able to prevent crop failure due to GMOs, specifically Bt corn. Currently, China’s reconsidering its stance on GMOs.

Their pork industry was cut in half in 2018 by the highly contagious African Swine Fever. Pork is their favorite meat and China farms half the world’s pig population. In 2018, during the crisis, they lost almost 50% of their herd. While most of the herds have been built back up, this deadly virus took its toll on both the farmer and the consumer. Farmers had to rebuild their herds and the consumer paid $3.50 a pound compared to $1.50 before ASF.

Acquiring U.S. land is one strategy to alleviate food security. Concern over China purchasing U.S. land is running high.  Even though they own just under 1% of U.S. land, their interest in U.S. agriculture has grown significantly since 2000. Since 2020, Chinese investors own about 192,000 acres valued at $1.9 billion. As of December 2020, 37.6 million acres of U.S. agricultural land is owned by foreign investors. That is 2.9% of cropland, pasture, forest, and other. 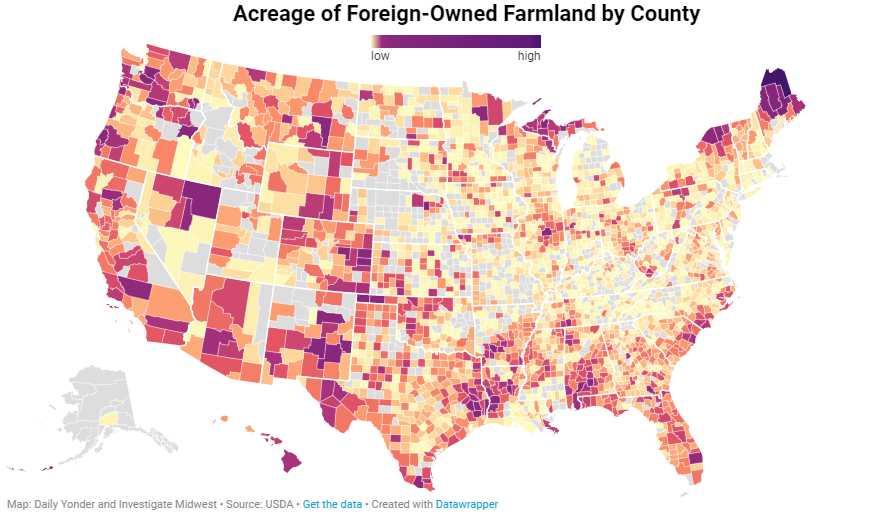 It is not the amount of land that is concerning but the location. As of December 2020, China has purchased over 352,140 acres of U.S. land. Part of this purchase included 370 acres in Grand Forks, North Dakota. A Chinese company called Fufeng Group purchased this land right next to the Grand Forks Air Force Base. Of course, this has sent off alarms among citizens and government officials alike.

Associated with the CCP, Sun Guangxin has spent the last five years buying up 140,000 acres in Texas for his own Blue Hills Wind Farm – right next to the Laughlin Air Force Base. Luckily, this was stopped by the Lone Star Infrastructure Protection Act which is to prevent hostile nations from accessing Texas’s electricity grid and other infrastructure. 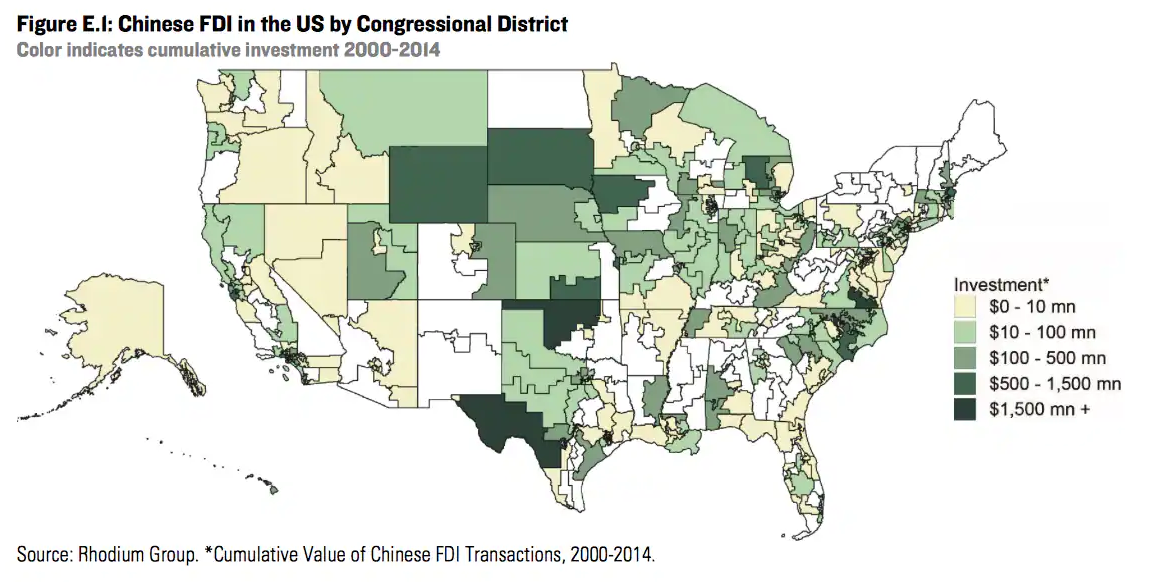 Mike Pence was reported to have said at the Heritage Foundation, “America cannot allow China to control our food supply.” In addition, three Republican senators wrote a letter to U.S. Treasury Secretary Janet Yellen and U.S. Defense Secretary Lloyd Austin to review this purchase. The House Appropriations Committee voted to prevent China from buying more U.S. farmland. But in reality, it is hard to tell who is buying our farmland and some loopholes allow the Chinese to purchase our land through an American investor.

China’s Shuanghui Group purchased of Smithfield Foods, which was the largest U.S. pork producer. Besides acquiring their technology, the purchase included 146,000 acres to house hog farms, processing plants, and feed mills. Since the acquisition, WH Group (formerly Shuanghui), now a state-run meat packing facility, purchased Clougherty Packing from Hormel and Kansas City Sausage, LLC. In addition, they have canceled contracts with U.S. grain co-ops and purchased their own grain elevators to feed their hogs.

Similar U.S.- China channels like this can also offset China’s substantial demand for grain production. COFCO, a Chinese food processing company, partnered with GROWMARK a U.S. grain logistics company. This gives them access to grains exported to China via the Mississippi River. This important waterway exports 92% of U.S. agricultural exports and 78% of grains and soybeans.

It's hard to be the world’s communist superpower when you are dependent upon others for your food – especially the capitalist and democratic countries that seem to be so adept at growing the corn and soybeans critical to your food security ambitions. Maintaining positive relations with providers like the United States, Brazil and other reliable suppliers across the community of nations should prompt some serious reflection by Xi over provocative foreign policy actions. Food security is the right of every citizen, and the task of feeding 1.4 billion people will involve mutual effort, including people far beyond China’s borders. 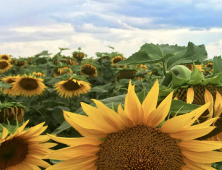 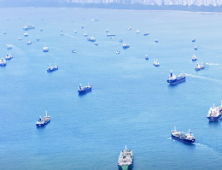 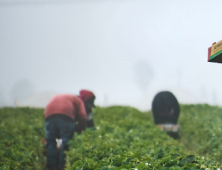 Anybody Want a Job in Ag? 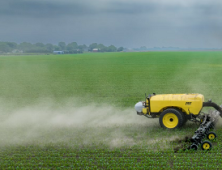 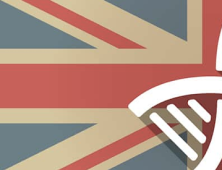 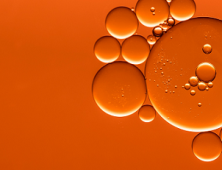 The Rise of Alternative Proteins